Royal Doulton is an English ceramic and home accessories manufacturer founded in 1815. Operating originally in Vauxhall, London, later moving to Lambeth, in 1882 it opened a factory in Burslem, Stoke-on-Trent, in the center of English pottery. From the start, the backbone of the business was a wide range of utilitarian wares, mostly stonewares, including storage jars, tankards, and the like, and later extending to pipes for drains, lavatories, and other bathroom ceramics. From 1853 to 1902 its wares were marked Doulton & Co., then from 1902, when a royal warrant was given, Royal Doulton.

Sort by:
Best sellers Relevance Name, A to Z Name, Z to A Price, low to high Price, high to low
Showing 1-3 of 3 item(s) 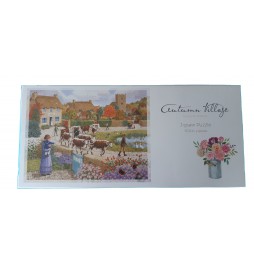